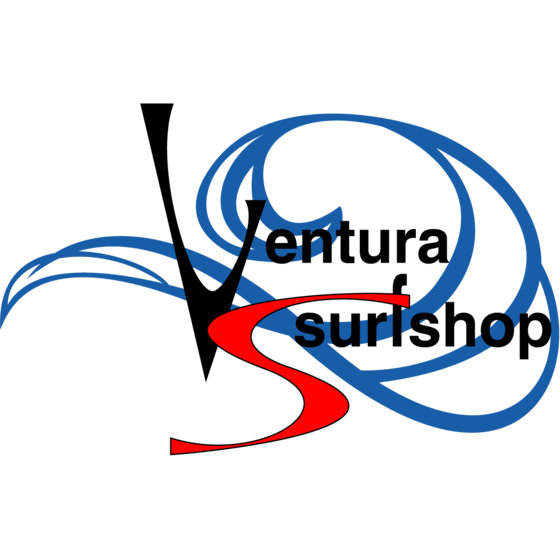 The Ventura Surf Shop has a long history in the surfing community, it is a true surf shop, selling custom new and used surf boards, accessories and wetsuits.

Ventura Surf shop was started in the early sixties by Tom Hale. Tom had been building boards with V.I.P., Ventura International Plastics in the late fifties. VIP was owned by Bill Fisher with the shop located on Olive Street.  The shop sold fiberglass, cloth, resin & laminated surfboards. VIP went on to a new factory on Callens Rd. where they produced boards "Pop Outs" (production boards) Ten Toes, Shark, Tiki and the Duke Kahanamoky boards. Boards were sold to mass merchandisers like Sears and Federated. Tom left VIP to open a small shop in 1962, located at 235 W. Santa Clara St. where he made custom Tom Hale surfboards. In 1963 Tom Morey moved to Ventura recruiting Tom Hale to be his shaper and moved into the small shop on Santa Clara St. with Hale. Morey made Australian surfboards and Tom Morey skeg works (aka TRAF Fins). According to Tom Hale the polypropylene fins while being shaped with a grinder smelled like a fart, (TRAF spelled backwards)! Morey's wife Jolly was a talented artist and helped Tom Hale design the first Ventura Surf Shop logo for Hale's custom boards. Read more...

Get Your Business Listed

Learn More about all of the benefits of listing your business on Ventura County Directory...

Learn More about all of the benefits of listing your business on Ventura County Directory... List Your Business


Find Things To Do…